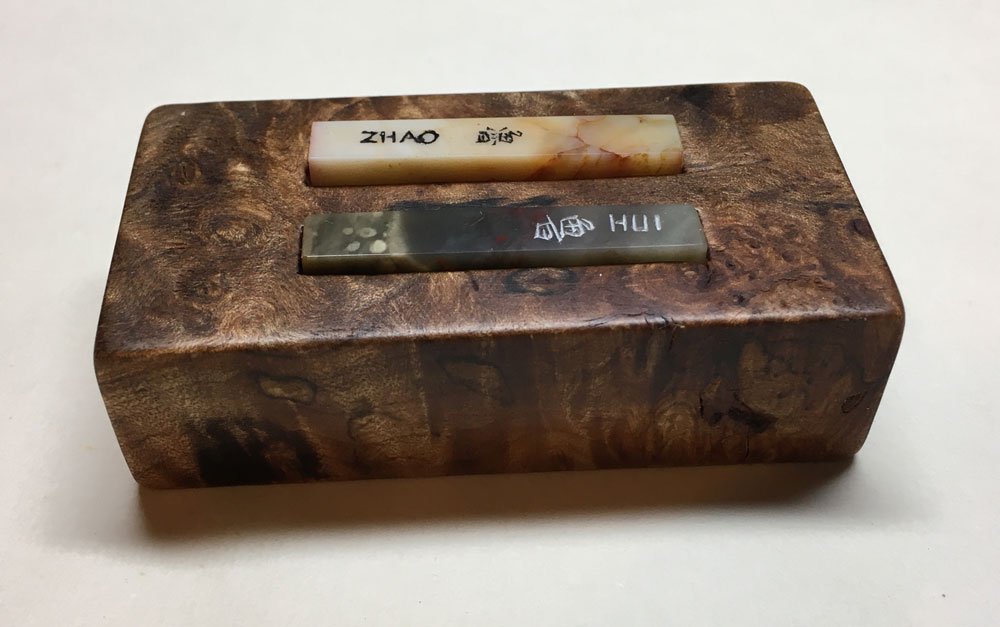 This pair of seals by Lu Kesi was commissioned by a museum curator in Hangzhou, China who wanted them both in English. In traditional fashion, I made one with light characters on a dark background (yin), and one with dark characters on a light background (yang). I also picked two stones that would also contrast light and dark. Finally, I created a hardwood base for the stones.

Chinese is traditionally written from right to left and top to bottom, and most seals follow this format. But, because these seals are in English, I instead followed English language rules of left to right, top to bottom.

A small English-language seal with “hui” in white characters clockwise from the left.

A small English-language seal with “zhao” in red characters from left to right and top to bottom.