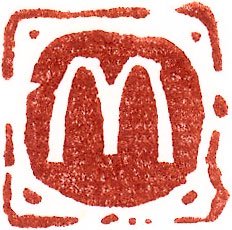 M An English-language chop by Lu Kesi with a white “M” in a red circle. Of course, no resemblance to an extremely popular fast-food restaurant chain’s logo is intended. Collection: Lu Kesi Material: Chinese stone Date: 2017 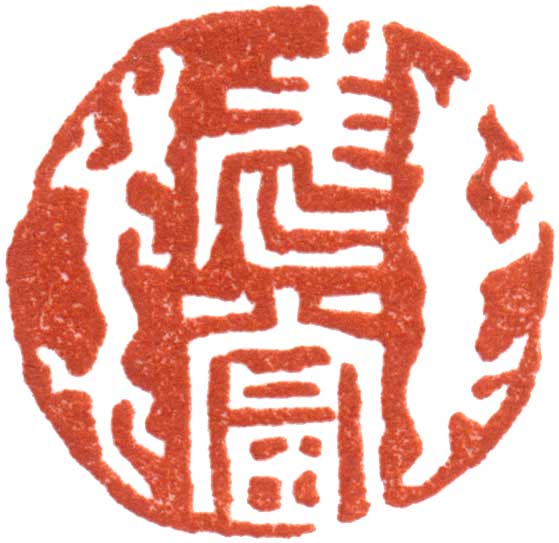 Wu-Tang Clan Seal with Dragon and Tiger Wudang is the Chinese reading for the characters (武當) from which the American hip hop group the Wu-Tang Clan derived their name. This chop was commissioned by them as one of five seal designs for use on their 36 Chambers clothing line. A Chinese-language seal by Lu Kesi […] 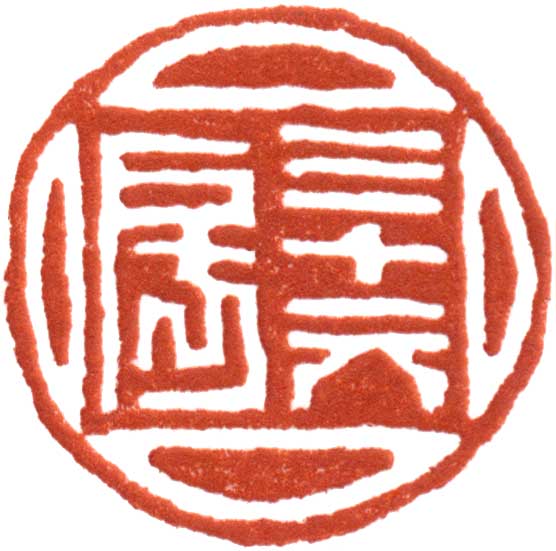 36 Chambers Seal This seal by Lu Kesi was commissioned by the Wu-Tang Clan (the American hip hop group) as one of five seal designs for use on their 36 Chambers clothing line. A Chinese-language seal in white characters with “36” from top to bottom on the right and the character for “chambers” on the […] 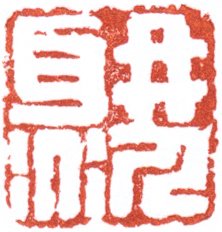 Dan Daoren Dan Daoren (聃道人) is the owner’s pseudonym. Dan is both the owner’s first name and also an ancient form of the name for Laozi, the author of the Daodejing; daoren (道人) is literally “a person of the Dao” or “Daoist.” The author and poet Daniel Skach-Mills uses this pen name in the form […] 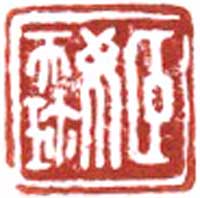 Koshin Koshin (拱辰) is the owner’s Buddhist name in Japanese; Yamada Setsuko, as recorded in the carver’s mark, is the owner’s maiden name. Japanese language chop with two white characters from right to left.

Tanokura Tanokura 田野倉 is the family name of the seal owner. Japanese language chop with three white characters clockwise from upper right. Miki Tanokura is a calligrapher and seal carver living in Tokyo, Japan. She has studied at the National Art Academy in Hangzhou, PRC.