Nadiya An English-language chop carved by Lu Kesi with the owner’s first name “Nadiya” in red from left to right and top to bottom. Nadiya Lamarti is a French artist of Moroccan descent who uses traditional Arabic calligraphy in her work. Inscription: Nadiya Collection: Nadiya Lamarti Material: whitish Chinese stone Carver’s mark: For Nadiya. By […] 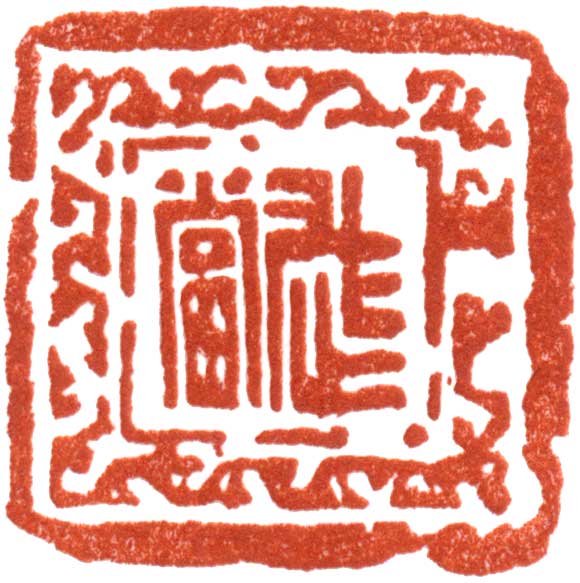 Wu-Tang Clan Seal Wudang is the Chinese pronunciation for the characters (武當) from which the American hip hop group the Wu-Tang Clan derived their name. This seal by Lu Kesi was commissioned by them as one of five seal designs for use on their 36 Chambers clothing line. A Chinese-language seal with two central red […] 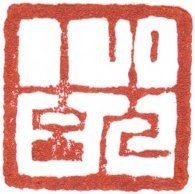 Genko Genko is the owner’s Buddhist dharma name. She is a teacher and Sewing Master at the Dharma Rain Zen Center in Portland, OR. Japanese language chop by Lu Kesi in two red characters from left to right. The stone was purchased in Taipei, Taiwan and was too hard to cut with a seal knife […]

Qianhe (yang) Qianhe (千鶴) is the owner’s personal name. Chinese language chop with two red characters from right to left. One of a pair, this one is yang (dark characters on a white background), the other is yin (cs278).

Peng Shenchuan Peng Shenchuan (彭深川) is the Chinese name of Portland State University Professor Jonathan Pease. Chinese language seal with three red characters; one filling the top half in the space of two, then lower right, and ending in the lower left. Commissioned by Carol Gwo as a gift for her professor. Carol supplied a […]

The Way of Tea

The Way of Tea Chadao 茶道 means “the way of tea.” Chinese language chop with two red characters from top to bottom in the outline of a teapot.

A seal made for someone born in the year of the pig. Image is not to scale. Collection: private collection Material: steatite Date: June 2008 Registry: ps050