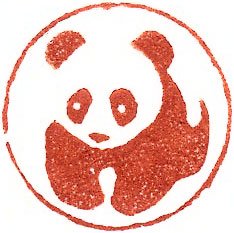 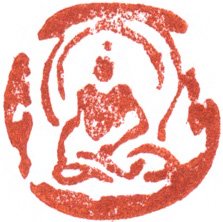 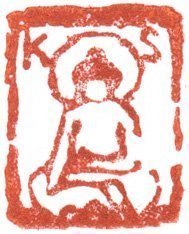 Seated Buddha Seal with “KS” A pictorial seal by Lu Kesi with a seated Buddha and the initials of the owner, KS, in the upper left and right corners. Carved into the top of this stone (the knob) is a standing “Budai”—the laughing Buddha—carrying his bag. The stone was supplied by the owner, who had […] 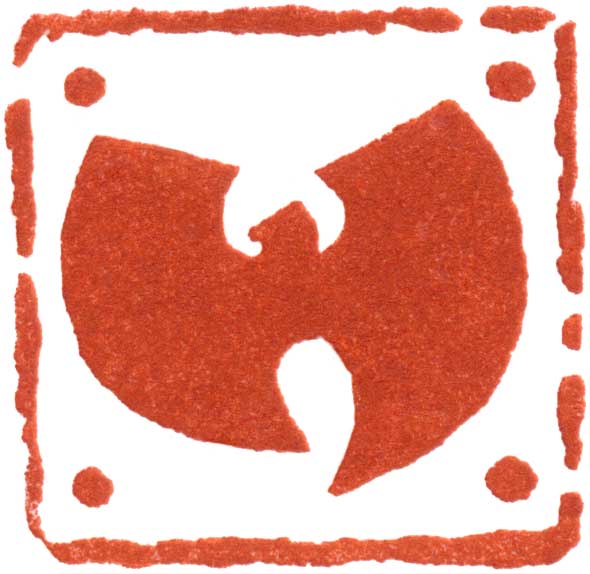 Wu-Tang Clan Logo Seal This seal by Lu Kesi is based on the logo of the Wu-Tang Clan (the American hip hop group) as a pictorial design in the style of a Chinese Han dynasty (206 BC – 220 AD) seal. One of five seals commissioned by the Wu-Tang Clan for use on their 36 […]

Guanyin With Child Picture seal of Guanyin holding a child. The stone, with custom carving of fruit and leaves at the top, was provided by Jane Kao who said it is valuable chicken-blood stone. The stone is very soft (cuts like soapstone). Collection: Jane Kao Material: brick red Chinese stone with white and black Carver’s […]