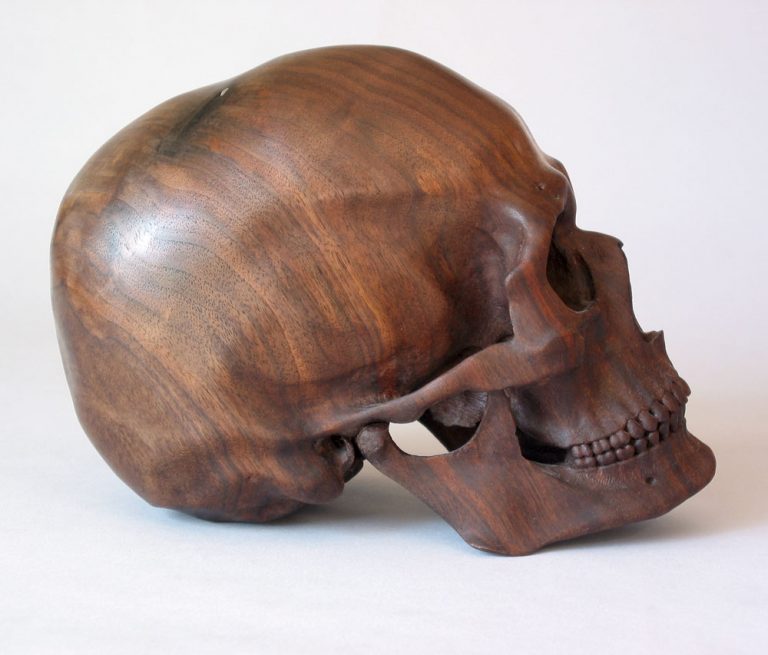 I carved this oversize skull from a block of black walnut that was given to me by a friend who had cut down a tree. You might be able to make out near the top a dark stripe with a light point at the top. This is dark stained wood around an old-fashioned rectangular nail embedded deep in the wood. But the carbide carving bit went through the iron as if it were butter.

I tried to make it as anatomically correct as possible—even on the underside—with the intention of using it as a model for later sculpture. I did make one major mistake and wonder if you can tell what it is?

By traditional Chinese standards this morbid subject matter would be considered inauspicious and, in one group exhibit, Chinese friends refused to let it be shown.

Click on the image to view a larger version. 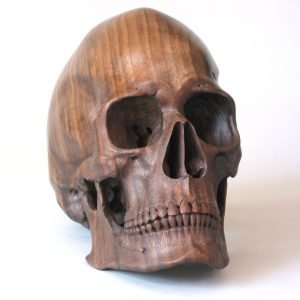