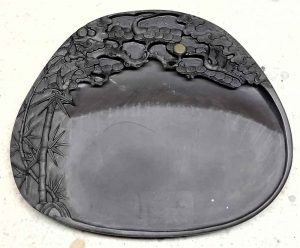 First comes a brocade covered box lined with silk, held closed by two clasps. Inside is an inset hardwood box with words on the cover in ancient seal script that say, “Duan prefecture stone inkslab.” Within this is the dark grey hand-carved shale inkstone.

One of my prized possessions, it was given to me as a gift. The original owner had also received it as a gift during an official visit to mainland China many years ago.

Unfortunately, I don’t have much room on my desk for grinding ink on a daily basis with such a large stone. Instead, I’ll follow the old tradition of bringing it out once in a while to enjoy and share with like-minded friends.

Although inkstones could be made from many different materials, the stone from this region have always been considered the best. And the more “eyes” a Duan stone has, the more valuable it is. This stone has two of these colored spots within the stone. One is toward the top right—almost like a distant moon in the sky. Another, along the upper left edge and more difficult to see in the photo, is called a mynah bird’s eye.

You can read all about them in “The Social Life of Inkstones: Artisans and Scholars in Early Qing China” by Dorothy Ko (Seattle: University of Washington Press, 2017).

Cick on any image for a larger view. 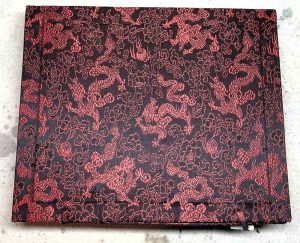 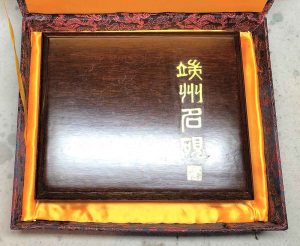 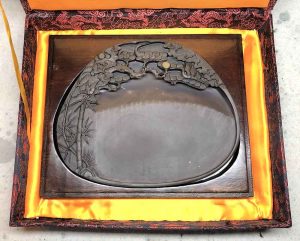